My Story and Struggle with Autism

My name is Greg, and I started Autism Life Link along with my wife Wendy and my good friend John. I’d like this site to be a place where families feel free to share their stories, information, frustrations, and celebrations as they care for a loved one with autism. And since we’re sharing, I’d like to start by telling you about my son, Quay. 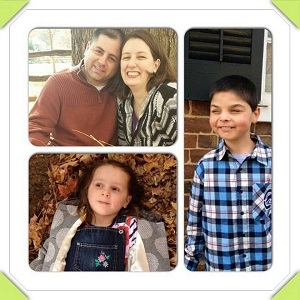 I knew that there was something different about Quay from the moment he was born. He was a purplish color, which the doctors said was caused by bruising; but I wasn’t convinced that was the problem. For the first few months he didn’t seem to develop normally; we had to feed him with a syringe for the first three months of his life. When he was six months old, I took him to see a neurologist. The doctor ran all sorts of tests and ruled out everything that he could. He said that Quay was too young to diagnose him with autism, so he just said that he had developmental delays.

After that, I started looking for anything that would “fix” him, or make him better. It was a stressful time and I began to feel numb. No one ever seemed to have any answers for me. Finally, Quay’s pediatrician recommended Lifespan, an organization that helps children and adults who have intellectual or developmental disabilities. He began attending Lifespan at six months old, and they immediately set up a plan and goals for him to reach within the following three months.

Quay was getting physical, speech, and occupational therapy and everyday assistance with a teacher. I noticed improvement within a few months. He began to crawl when he was about a year old, and he started walking at 18 months. Still, his speech was becoming the biggest issue. His teachers continued to work with him on sign language and verbal communication. He finally began to sign and react to verbal cues. I’m so thankful for treatment and care Quay received at Lifespan; I believe it made a world of difference in my life in Quay’s.

As Quay began to improve through the years, we noticed one night when he was 4 years old that he was acting very strangely. He was drinking cup after cup of water and wouldn’t stop. We rushed him to the hospital to find out that he had Type 1 Diabetes. This was very scary and emotional. If it wasn’t bad enough that Quay couldn’t talk, we were devastated as Quay’s number one love in life is food.  He loves food so much that he use to wake up in the middle of the night and sneak in the fridge to eat! After a lot of doctors visits and training we fell into a great routine. His diabetes is under control and he’s doing well.

For a long time it was just me and Quay. I have primary placement of him which means he has, and still does, spend the majority of his time with me.  It was challenging at times but we got through it. In 2008 I meet my wife Wendy. She is an amazing woman who, without skipping a beat, treated Quay like her own. She learned how to check his sugar, give him shots, read books about autism and so much more. We had a daughter, Zarea, in July of 2009 and she LOVES her big brother. She takes such good care of him. It’s truly a blessing to see them together and I believe she is a big reason he is starting to come out of his shell.

I know how hard it is to have a special needs child and that is why I want to help as many people as possible. I hope Autism Life Link can help you and others find resources, ask questions, find help and build relationships that will last a lifetime. Please share my story because it may help someone just like you. Thank you for reading and your continued support! Don't forget to check out our resources page and subscribe to our newsletter!